by YEAR OF NO LIGHT 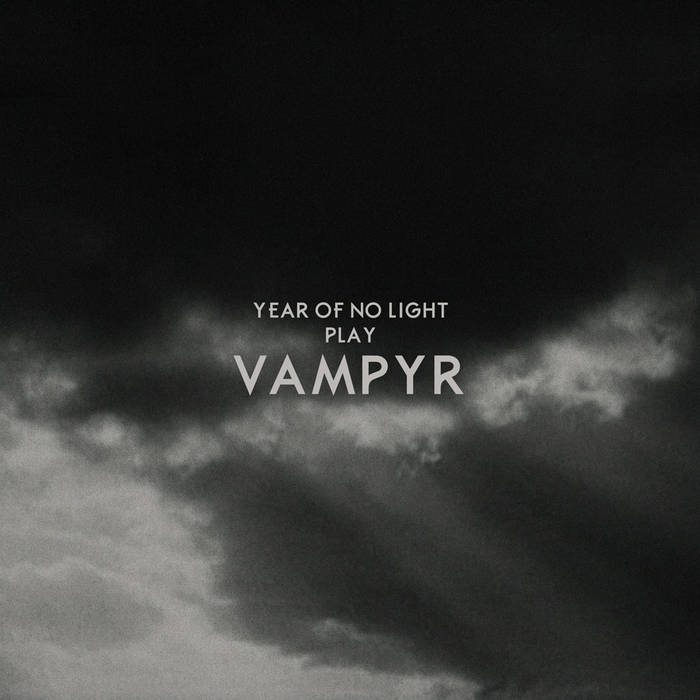 Wez Barber Builds and builds slowly and majestically. I love the last couple of tracks where the wait pays off beautifully. Favorite track: Orée (Abbesse).

Lavandier What an amazing album this is. It goes perfectly with the film! So dark, dismal, gloomy. Amazing!!!!!! Favorite track: Ombres.

this will be on my videotape

When old time friend and promoter Guillaume Gwardeath asked us about creating and performing an original piece for a "to be defined silent film", we said yes, but without having any idea where this project would lead us. Then, after some harsh bargaining, YONL finally started to work on C.T. Dreyer's "Vampyr".

It was in Fall 2009, a few months before "Ausserwelt" 's release. No need to say: facing such a masterpiece forces your humility and curbs your ego at the right place... But we were - and still are - so fascinated by the labyrinth-like metaphysics embodied in this movie than we decided to move on.

One thing was clear : it was out of question to compose a score for "Vampyr". Instead, all of our souls and bodies should be dedicated into giving life to a sonic reverberation of Dreyer's obsession for beauty, death, love, vengeance, sin, forgiveness, evil, redemption and faith.

The premiere happened in Bordeaux during Spring 2010. What we think would be a one shot experience soon transformed itself into a two years reverie trip around Europe, be it at Roadburn Festival in the magnificent Midi Theater, under the snowy winter skies of Tallinn, at 2 AM in Germany after a terrific Nifelheim show or in a XVIIth Century fortress in the heart of Carpathian mountains...

YONL played "Vampyr" for the last time in Bordeaux, at Krakatoa, in February 2012. The performance was a recorded one and gave birth to the LP you're holding in your hands. Facing C. T. Dreyer's "Vampyr" was always a fragile exercise and sometimes took the form of a metanoia. It marked us both as a band and as persons.


"It's 4PM and the Midi Theater is super packed, there's a line outside. Luckily I have a photo pass, so I make my way in. Year Of No Light is just starting their second set for Roadburn, this time a premiere: they're performing the soundtrack for C.T. Dreyer's horror masterpiece, Vampyr. No one is moving, everyone's eyes are staring at the projection screen, the music is very soft and barely there in the beginning, but it just builds and builds momentum... It goes hand in hand with the plot, and at pivotal times in the movie it just explodes, only so that it can start all over again. Beautiful! Very interesting, an equally captivating yet relaxing performance – except for the moments when they go all out, both with the music and lighting. Without a doubt a successful experiment, if we can call it that."
Stefan Raduta / Transylvanian Hungerrr

YEAR OF NO LIGHT Bordeaux, France

YEAR OF NO LIGHT recommends:

Bandcamp Daily  your guide to the world of Bandcamp

Featured sounds from Fly Lo and Ahmed Idris, plus Mother Nature hops on to drop off new project